PastorLeonard Johnson, who currently serves as president of the Bahamas Conferencewas asked to serve as ACUM’s first president. Pastor Peter Kerr who is in his20th year of serving as president of the Turks and Caicos IslandsMission, has accepted the position of secretary of the newly organized union.Roderick Sands, treasurer of the North Bahamas Conference will serve astreasurer.

“Itwas urgent to define the leadership of the ACUM, because of the impending Bahamas Conference session which is duein early January 2011,” said Pastor Israel Leito, president of the church inInter-America. “This would facilitate the need to elect a new administrationfor the Bahamas Conference, to avoid any possible conflict of interest byhaving the future union president still making crucial decisions for the conference.”

Theelections took place during the 59th General Conference Session ofthe Adventist World Church in Atlanta, Georgia. Since ACUM is a union missionand not yet of union conference status, its officers were appointed by theexecutive committee of the IAD and will be governed by an operating policyoutlined by such committee, instead of by a constitution, church leaders said.

“Tolead this new union is a rather awesome responsibility,” said Pastor Johnson.”It is also an opportunity to fulfill God’s mandate to reach everyone with thegospel. As a religious organization, our most important need is to seek theDivine help of God in order to succeed. It is important for us to recognize thesynergy and unity required to propel the work at this stage.”

PastorJohnson also noted the need for community outreach, and cited that he wouldencourage each conference/mission to get more involved in the communities,assisting those in need and maintaining a relationship with civic and non-governmentalorganizations.”

Thenew configuration will see the formation of the ACUM, comprising the fourconferences and mission in the Bahamas, the Cayman Islands, and the Turks andCaicos Islands with some 25,000 members. The other union, Jamaica UnionConference (JAMU) will have five conferences namely: the East, West, Central,North and Northeast, with membership of nearly 250,000.

Thetime of initiation for the new unions will be during the WIU session scheduledfor later this year, at which a ceremony of separation will be conducted.

Theseparation of finances will become effective Jan., 2011. Northern CaribbeanUniversity (NCU), the flagship institution of WIU, will be jointly owned andoperated by both unions.

Thereorganization of West Indies Union Conference (WIU) is an indication of thesignificant growth and development that has been realized over the past fewyears. 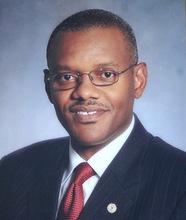 Image by Image by ANN. Courtesy of Bahamas Conference