Adventists Impact Dozens of Communities During Annual Initiative Across Venezuela

Over 20,000 Seventh-day Adventists from Venezuela recently spread some cheer and hope through dozens of outreach activities across two dozens states in the country. Coined as “Close to You Venezuela,” the event is the 6th annual event that saw young and old take part in spreading joy to many who are affected by numerous challenges.

In the East Venezuela region of the country, members cleaned up the premises of a public hospital, schools and plazas, prayed for people, donated food and clothing, provided haircuts and free health checkups, took part in distributing missionary books, distributed balloons and shared messages of hope at traffic lights with their slogan “Smile, God believes in You.” 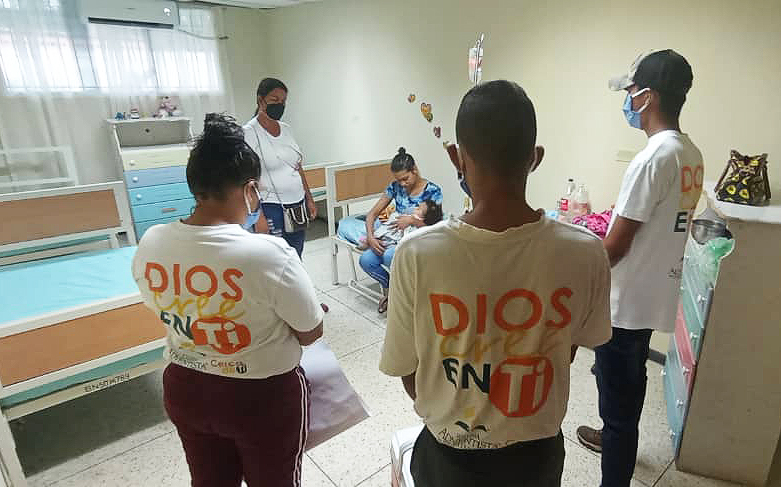 Adventists pray over a patient at a public hospital in eastern part of Venezuela during the “Close to You” annual initiative in July where thousands of church leaders and members  volunteer to bring a smile, joy and fill a need to so many struggling across the country.[Photo: East Venezuela Union]

“We had so many diverse activities with more than 8,000 members and 1,500 of their friends who joined this special initiative this year out in the streets, cities and communities,” said Pastor Jesús David Chacón, youth ministries director of the East Venezuela Union, based in Caracas. The annual initiative took place Jul. 7-16, 2022.

“What is happening here is that we are showing the love of Christ with action,” said Pastor Janiel Puerta, president of the Central Llanos Mission in Guárico State. “Our intention is to establish a new congregation here in las Americas,” he added. 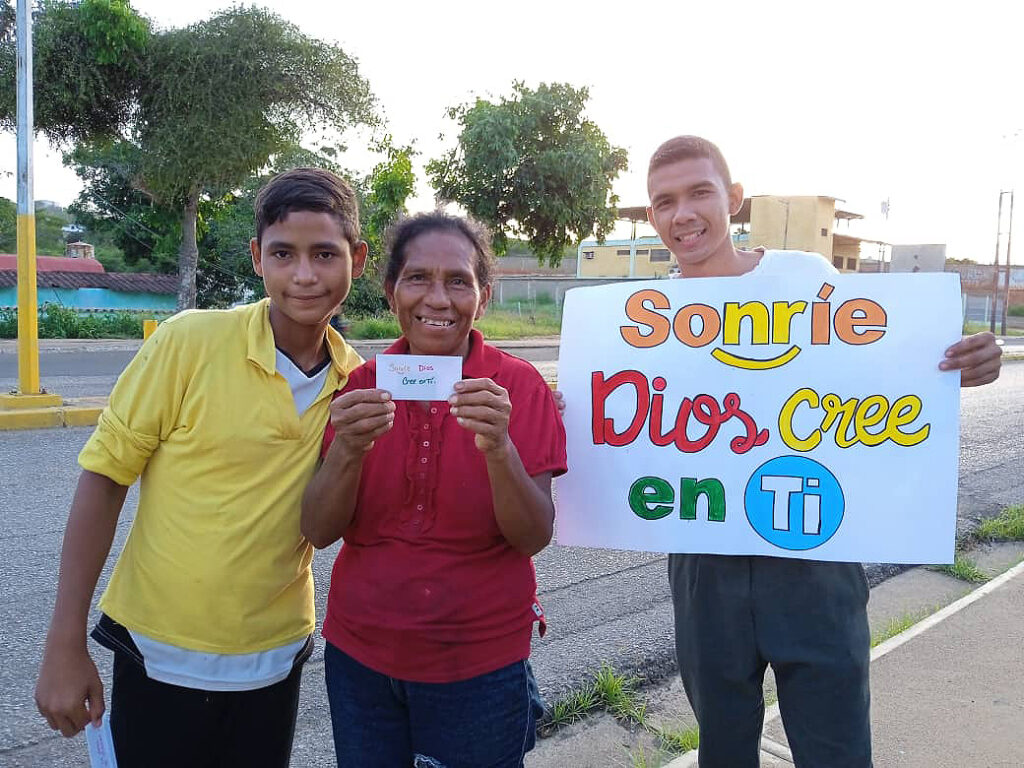 Young people smile with a woman after they shared a card that reads “Smile, God believes in you” and posed for a photo. [Photo: East Venezuela Union]

“We are drawing smiles in each community for the glory of God,” said Pastor Antonio Peña, president of the South Central Conference in Maracay, Aragua.

“When you give a flower or a fruit that gets to the heart of people said Joksan Flores, a youth taking part in the week’s initiative. “I have also seen how people have been impacted through the evangelistic campaigns.” 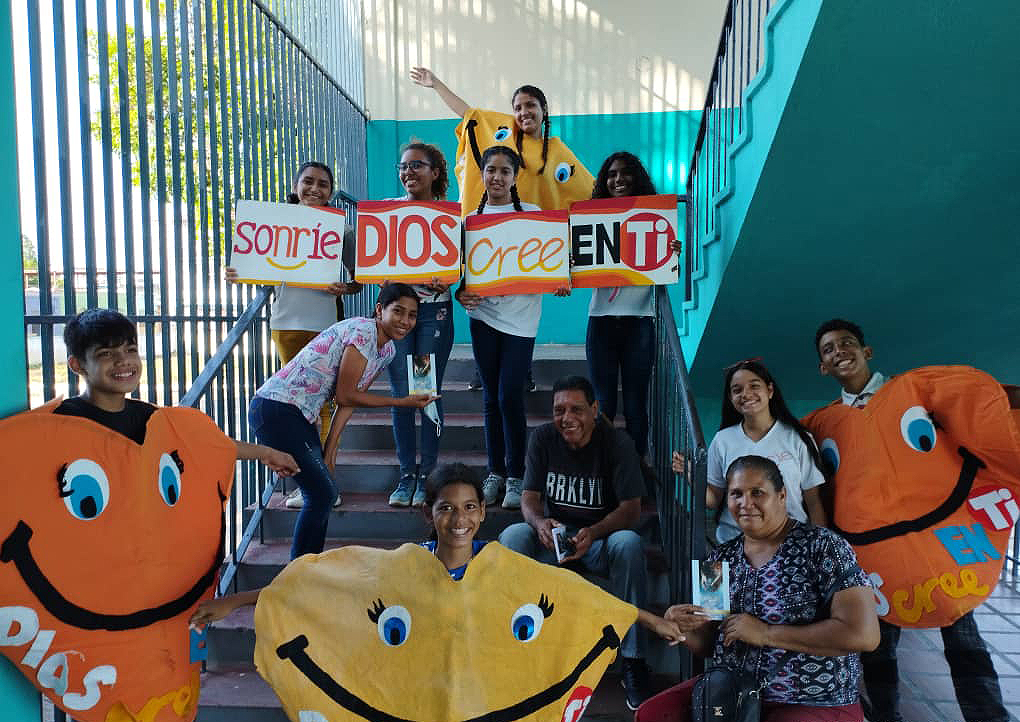 Leicy González and Victoria Rodríguez, two adolescents, were among a group that visited the clinic in Maracay where doctors and nurses welcomed them with big smiles. “What really fills people with joy is that they have felt the presence of God,” said Rodríguez.

Hundreds of the missionary book “Hope in the Midst of Chaos” by Mark Finley were distributed, as well as other Adventist literature.

Teachers and students at Adventist schools also opened their doors to the community for blood pressure, weight and glucose levels checks. 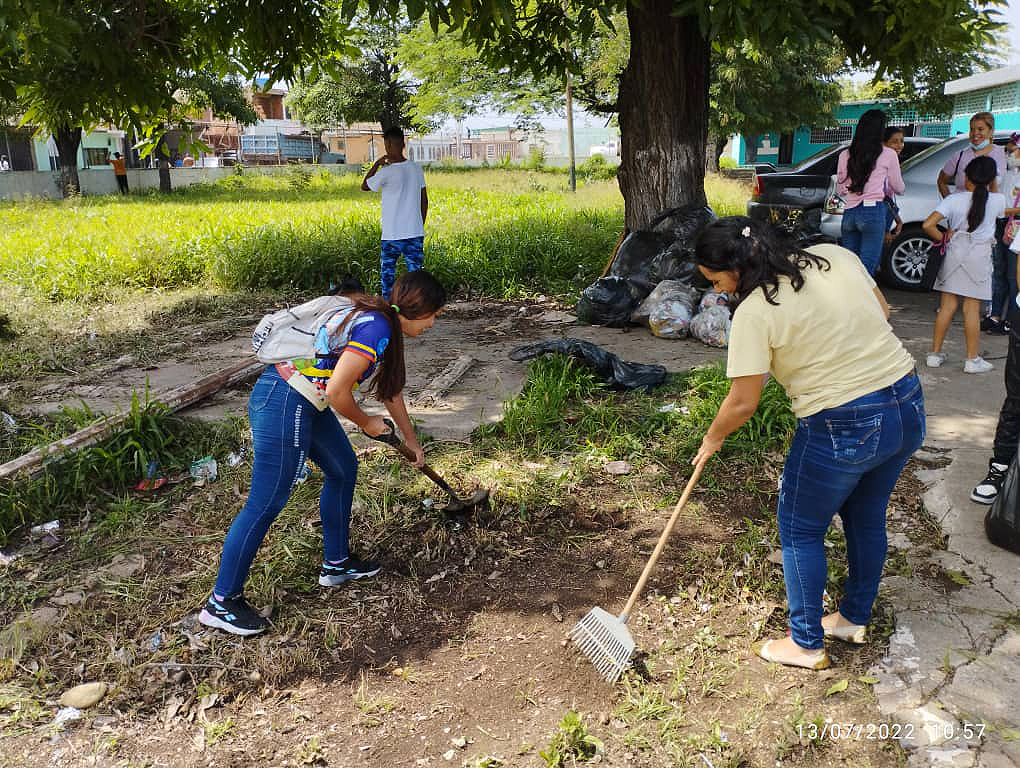 In addition, more than 23,000 missionary books were distributed by hundreds of church members throughout their communities and work places. More than 50 student literature evangelists from Venezuela Adventist University took to communities in Lara State with Adventist literature and books.

Church member start setting up boxes of the missionary book that would be distributed to more than 23,000 people across west Venezuela.[Photo: West Venezuala Union]

“The angel of Jehovah accompanied them every step of the way,” said Abimael González, vice president of student literature evangelist council at Venezuela Adventist University.

Alexandra Mulano was one of 54 student literature evangelists who went day in and day out speaking to people in homes and on the streets. “I saw that God blessed people and opened doors for us,” she said.

In Acarigua, in the Portuguesa State, groups of young people painted 12 murals across public areas with messages of hope. 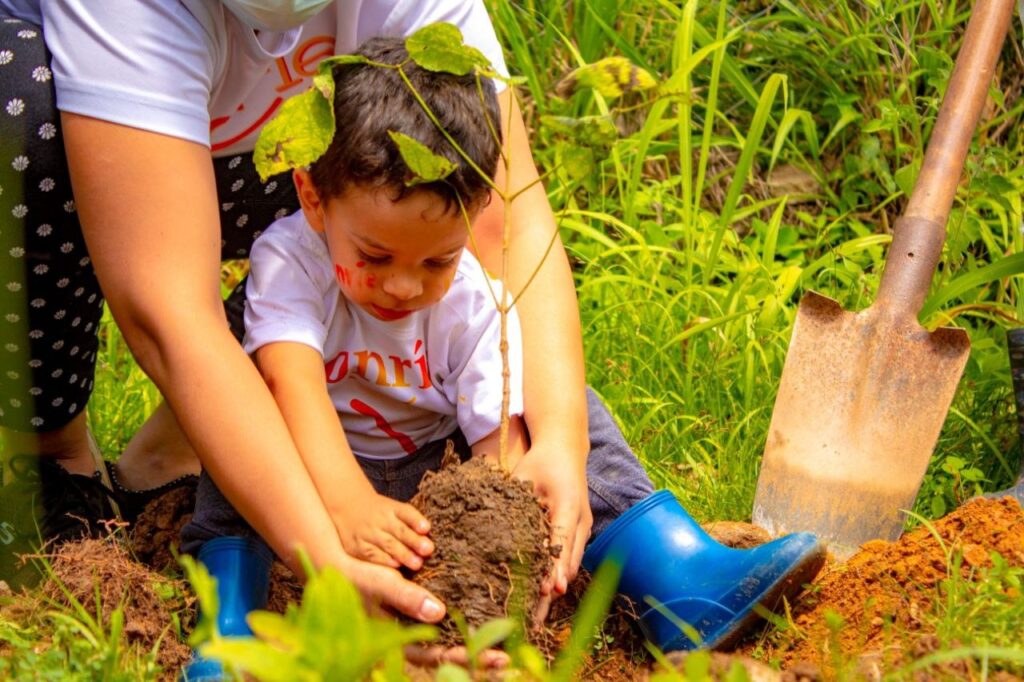 At the conclusion of the initiative, hundreds of church leaders and members gathered for a grand centennial celebration. The event also commemorated the centennial anniversary of the Inter-American Division since the church it was organized in 1922, said Pastor Orlando Ramírez, president of the church in the West Venezuela Union. 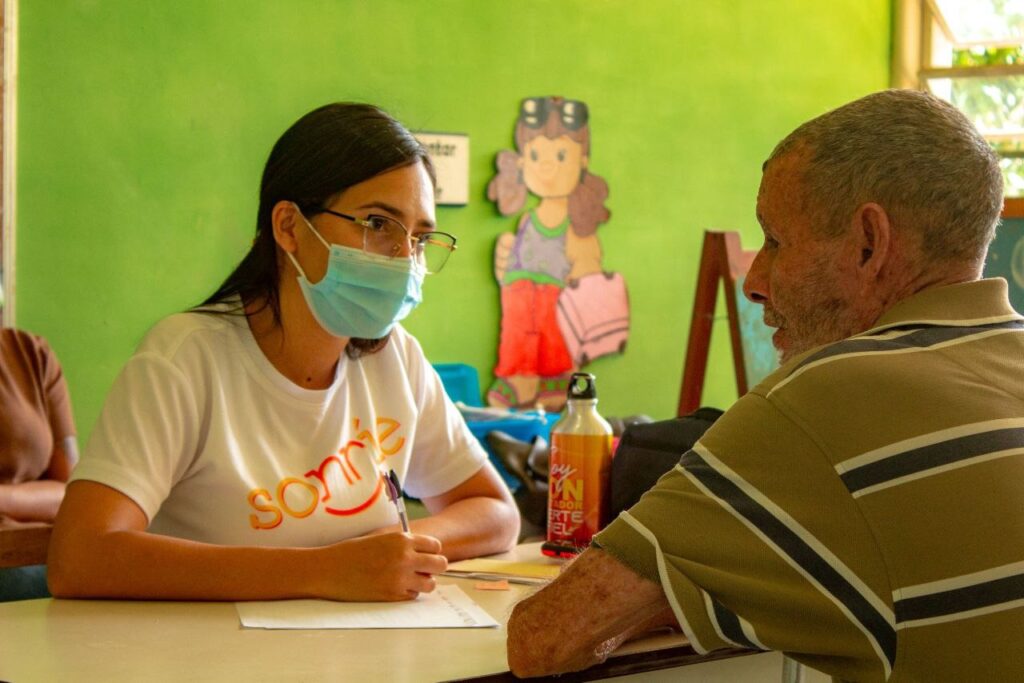 An elderly man consults with a health professional during the annual outreach initiative. Thousands from the community received medical check ups and medicines during the Jul. 23 to 31, 2022. [Photo: West Venezuela Conference]

“It’s time for God’s people to lift their voice with greater intent to tell the world that Jesus is coming soon,” said Ramírez. “We must be involved more so when the world breaks apart in pieces.” More than 500 persons were baptized at the end of the outreach initiative which also concluded evangelism efforts by church members months before.

To learn more about the annual “Close to You Venezuela” initiative go to facebook.com/UVOriental/ and uvoc.com.ve