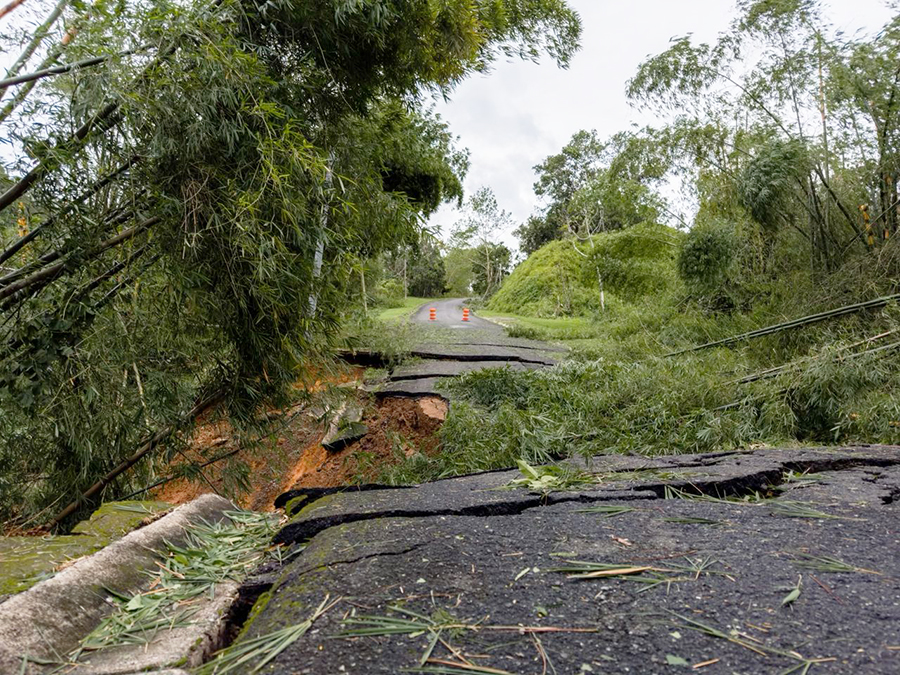 Seventh-day Adventist leaders in Puerto Rico are still assessing the needs among its members and the community at large in the aftermath of Hurricane Fiona, which caused wind damage and flooding on Sep. 18. The Category 1 hurricane caused power outages, triggered landslides, uprooted trees and damaged roads and bridges.

“The intensity of the winds was much less than when Hurricane Maria hit in 2017, but it was still concerning to hear the strong winds howling and the electrical storms all around,” said Pastor Luis Rivera, president of the church in Puerto Rico. “It rained more than I’ve ever seen in such a short period of time.” 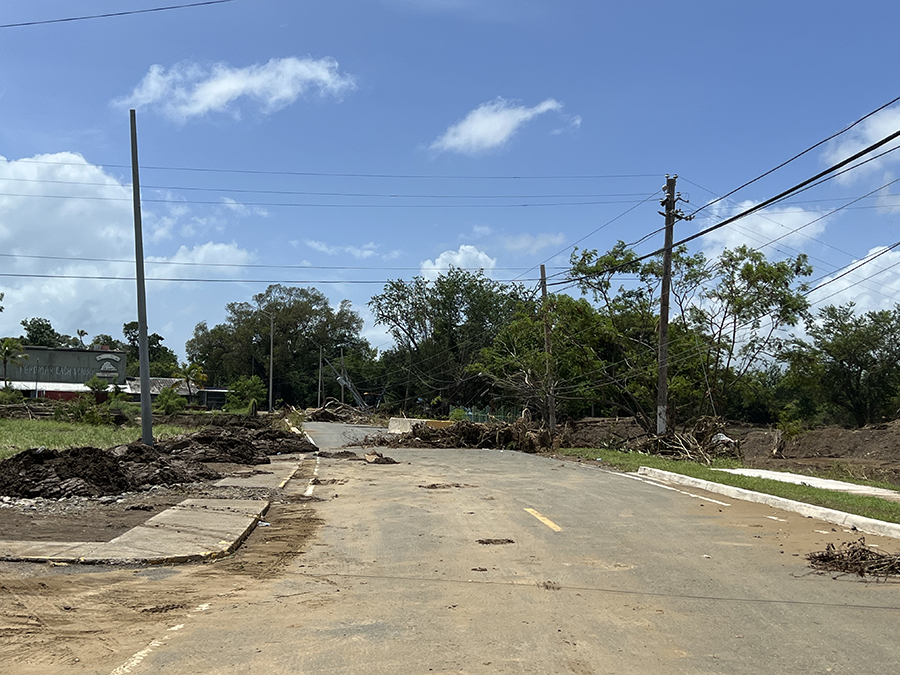 Power lines were down and debris was left from Hurricane Fiona. [Photo: Obed Berrocales]

Four days later, most of the island is still without power and the communication infrastructure is in a weakened state. A third of the country has no running water in communities closest to rivers and streams in the south, west and northern parts of the island, said Rivera. Hundreds of homes were damaged or destroyed.

District pastors and church elders have been trying to connect with church members to assess their needs and offer spiritual support. Schools and churches have remained closed while traffic lights are being repaired and debris is being cleared, he said.

Rivera, who was able to tour parts of the island this week and was briefed by regional church leaders on the effects of the hurricane on schools, churches, employees and members’ homes, said about a dozen of church employees’ homes were seriously affected. 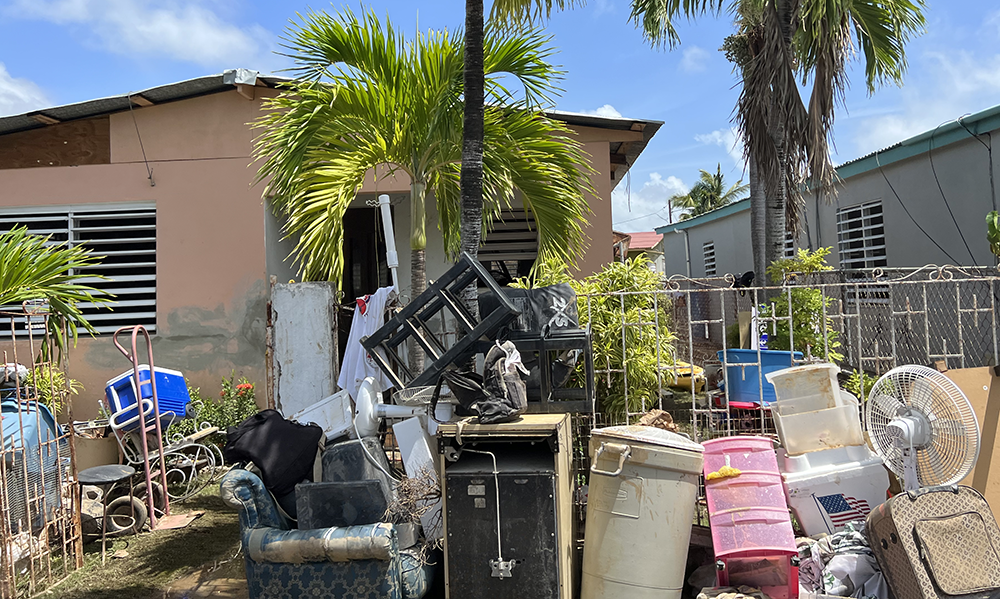 Three days after the rain stopped this week, homes had damaged furniture and appliances outside. [Photo: Obed Berrocales]

“Most of the churches resisted the winds,” said Rivera. “Detailed assessments of damage to other church properties are still pending.”  Adventist schools have remained closed this week with the exception of schools in the eastern part of the island which began classes on Sep. 21, he added. School officials are planning to complete the cleanup this week so they can resume classes next week.

The church’s Antillean Adventist University in Mayaguez, which is in the western part of the island, has been affected by a power outage. Roads have been compromised, making it difficult to access some homes where some of the professors, employees and village students live on campus.  Plans are to resume classes on Sep. 26 for the more than 800 students enrolled in the university, university officials said.

Bella Vista Hospital, a healthcare institution operated by the church, stayed open during and after the hurricane thanks to its generators and water reserves, reported Rivera. “A group of employees and physicians stayed at the hospital, along with the emergency team, to oversee the care and safety of the 46 patients who were staying at the hospital,” he added. Ambulatory services and elective surgeries have resumed. 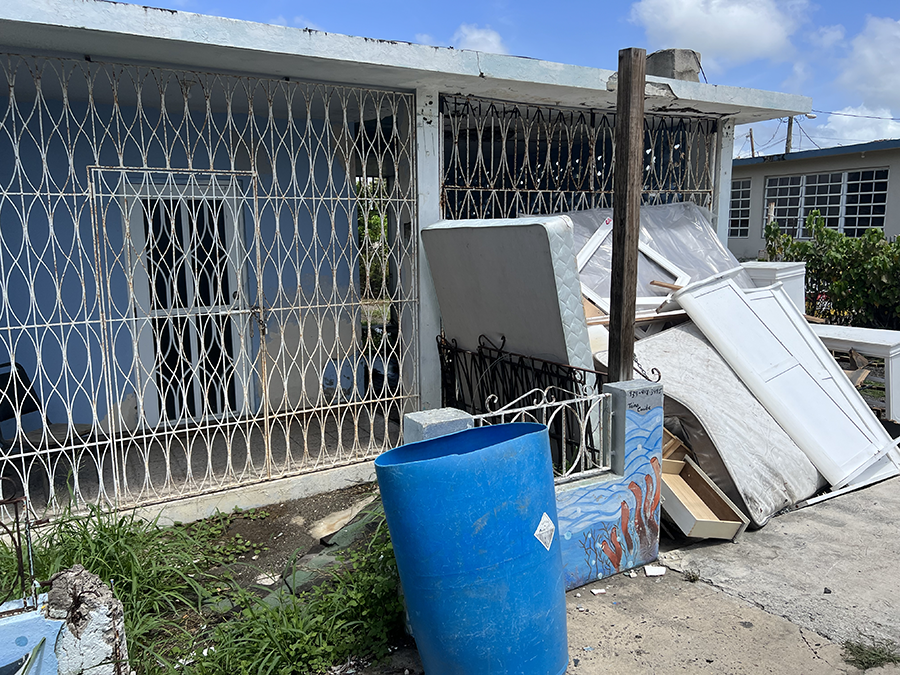 The Adventist Development and Relief Agency (ADRA) in Puerto Rico is assessing the needs of a number of communities in the southern part of the island which were most affected by Fiona. Church and ADRA leaders still need to do more assessments in the north and some lower areas in the west where rivers flooded hundreds of residences.

A group of ADRA regional leaders and volunteers began cleaning up debris and providing food and other much needed items. They will soon distribute mattresses.

“We are looking forward to joining local funds with what ADRA International can provide and other partners so that we can swiftly supply the emerging needs of this disaster,” said Rivera. 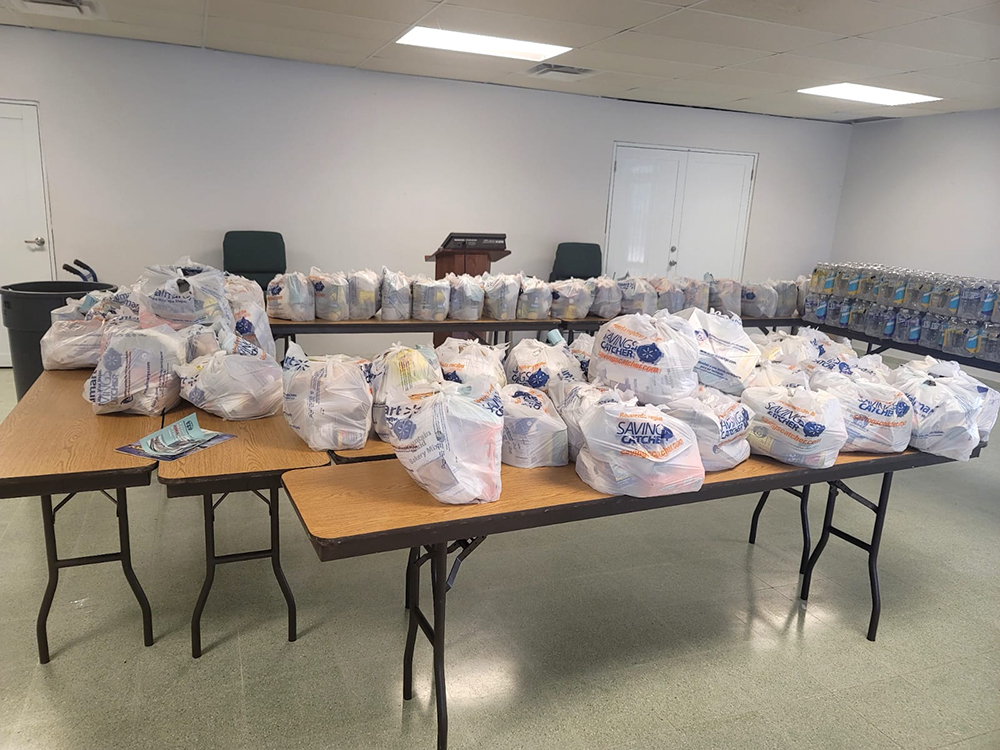 Bags of food and water were prepared by ADRA coordinators and volunteers in San Juan, Puerto Rico to go to affected families as a preliminary relief effort this week while assessments are still underway. [Photo: Obed Berrocales]

The church’s two radio stations are providing information in the aftermath of the hurricane and encouraging listeners to take refuge in the Word of God every day.

“Many of our members are encouraged and helping one another, and we hope to be able to reopen church services and activities soon,” said Rivera.

His message has been clear as he speaks to leaders, members and radio listeners as well. “We can find certainty in the promises of a loving God that cares for those who are suffering,” said Rivera. “Suffering will not last forever because there is a rescue plan for humanity, and it is a moment to put our trust in God for He is with us in the midst of this difficult situation.”

The state of a national emergency provides the opportunity to serve those in the community, added Rivera. “It’s a time to help rebuild or assist them in recovering what they have lost while showing them evidence of the love of God through acts of kindness.” 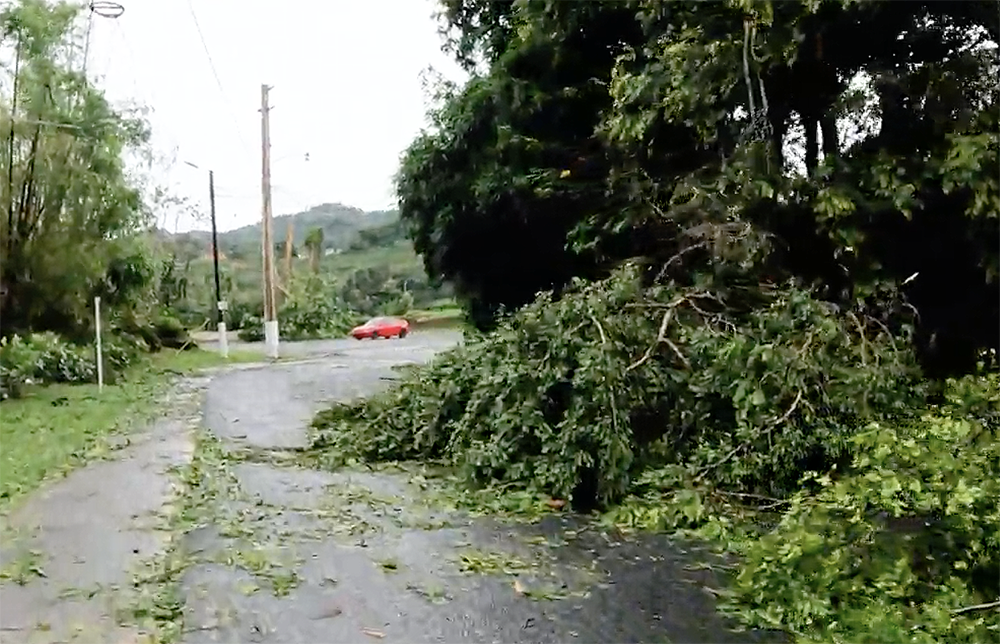 Hurricane Fiona became the fourth disaster to hit Puerto Rico within the last five years and something that feels familiar, said Rivera. Rivera remembers the two hurricanes in 2017, an earthquake in 2020 and, most recently, Fiona. “The church will continue to move forward in providing relief to affected families in the community and continue to keep its schools, churches and institutions running.”

The Seventh-day Adventist Church has more than 33,000 members worshiping in 318 churches and congregations. The church operates 16 primary and secondary schools, a university, a hospital and a clinic.

From the World Church, RSS English
Belief #27: The Millennium and the End of Sin