How a Ministry Partners with the Church for Mission

Friday, December 9, 2022, is more than just a regular day in Lima, Peru. For one, it is a holiday. But it’s also a day when the political protests of recent days seem to be turning for the worse across the country, including in the nation’s capital.

And then, the FIFA World Cup in Qatar is reaching crunch time, and across the streets of Lima, thousands are looking forward to the Brazil match that’s about to start.

In the church offices of the South Peru Union Mission of the Seventh-day Adventist Church, however, there is a different kind of activity. Adventist leaders from the two church unions in Peru are meeting with the visiting leaders of Maranatha Volunteers International, a supporting ministry of the Adventist Church.

The plan is to discuss the infrastructure needs of the Adventist Church in Peru and find ways that Maranatha can support erecting new church and school buildings across the country. 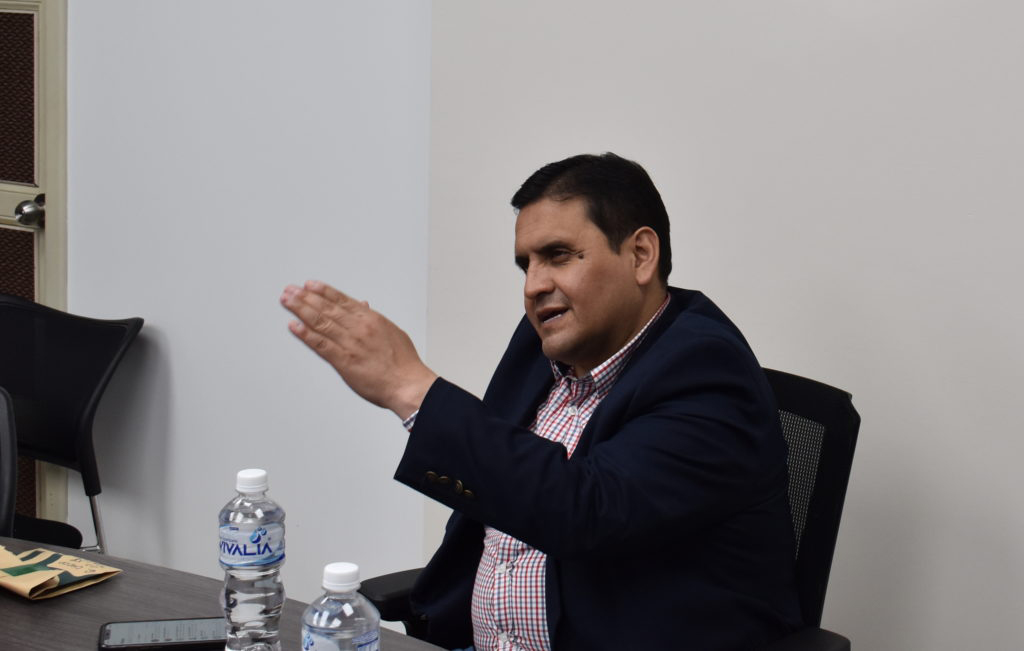 Since its beginnings in 1969, Maranatha has supported initiatives in Peru on many occasions. On December 9, Maranatha leaders are in Lima on their way to Ica, a few hours south, to attend a school inauguration on December 11. But before that, Maranatha leaders want to discuss a new plan to build at least 100 church buildings and assist in some school-building projects across the country.

“We are very thankful for all that Maranatha has done through the years,” South Peru Union president Enzo Chávez says. “But the needs are still many, and we haven’t stopped dreaming.”

As in dozens of other countries of the so-called Global South, the Adventist Church has grown substantially in members. Most members are not well-off, however, and the physical facilities often lag behind the need. It is then that Maranatha steps up with a plan to erect buildings that, in turn, help the church to keep growing. “Maranatha builds churches but also helps fill those churches,” a leader explained. 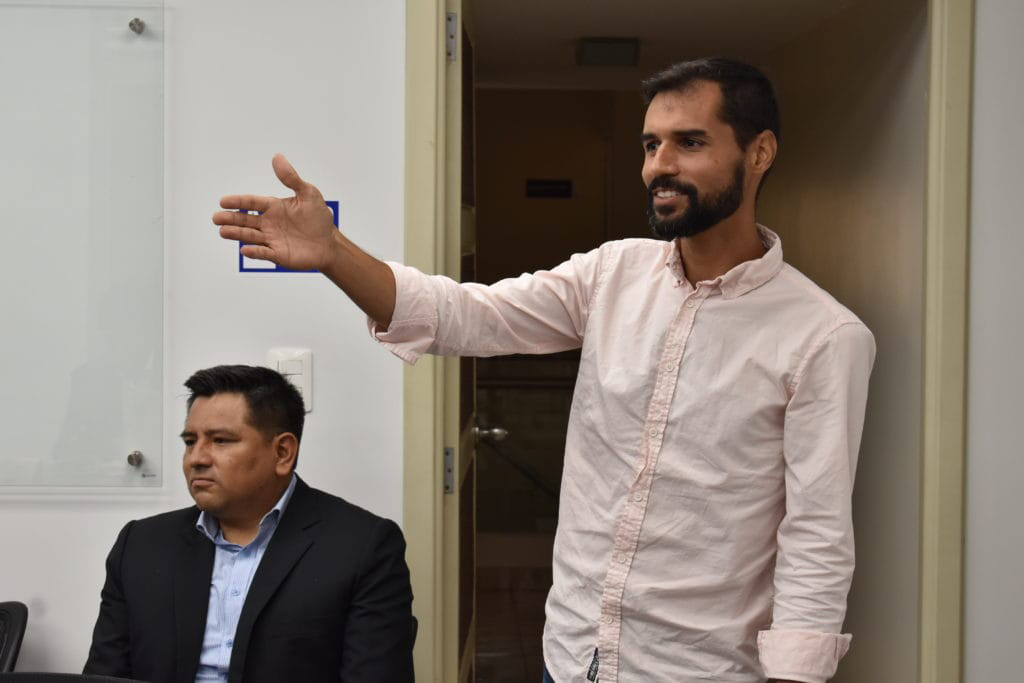 Since the requests Maranatha receives are usually well above the volume that the ministry can respond to, its board considers each project request carefully for need, the overall impact on the community, and resources for long-term maintenance and support.

Throughout the process, Maranatha works in tune with the elected leaders of the Adventist Church organization. The typical process goes like this:

Maranatha receives requests for assistance from regional Adventist church leaders. Requests can range from a few dozen to hundreds of structures within a country. The ministry then assesses potential construction sites selected by regional leaders and also the project logistics (costs, safety, accessibility, and so on) for the country.

Once a country has been accepted for Maranatha projects, Maranatha begins fundraising for the requested structures, preparing sites for construction, and organizing mission trips for volunteers. Where appropriate, volunteers visit to help build structures and interact with the local community. Maranatha field staff builds structures in areas where accessibility or safety could be an issue. 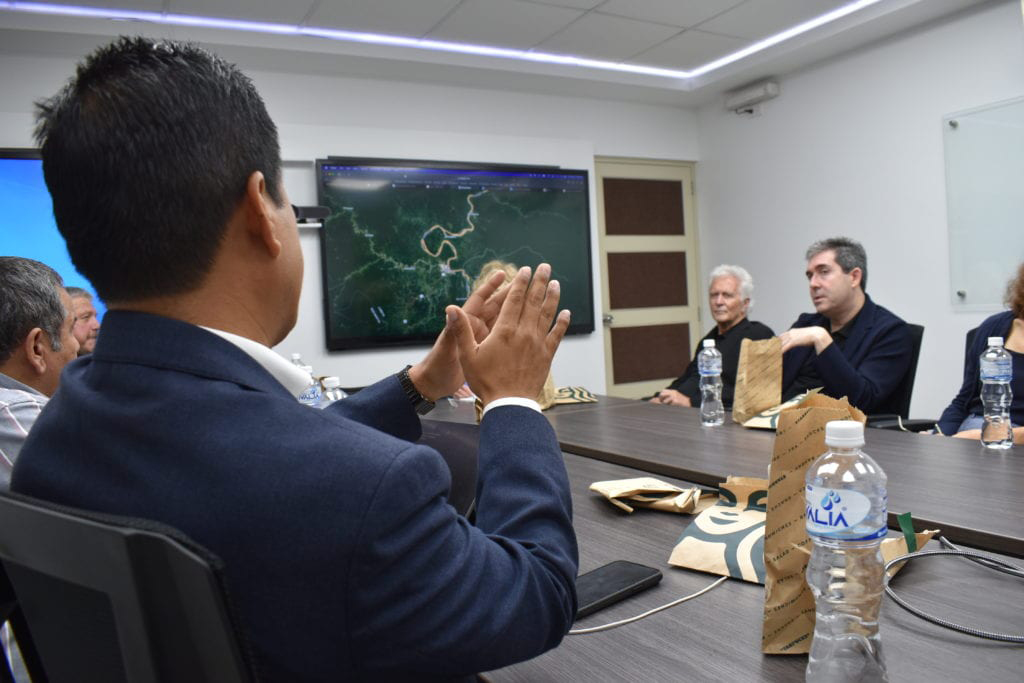 North Peru Union Mission leaders answer the questions and requests for clarification from Maranatha leaders as they show them a map of the region where they hope to build dozens of new churches. [Photo: Marcos Paseggi]

After volunteers leave, Maranatha field staff conduct the finish work on structures. This can range from finishing blockwork to painting. Then the property is handed over to the local church leadership for use.

Independent business investments and private donors fund most of Maranatha’s operational expenses, such as marketing, salaries, and other overhead.

While Maranatha supports the mission of the Adventist Church, the ministry does not receive money from the corporate church organization but only from private donors. It is not uncommon for people who are not Adventist Church members to find out about the ministry of Maranatha and decide to support various initiatives. 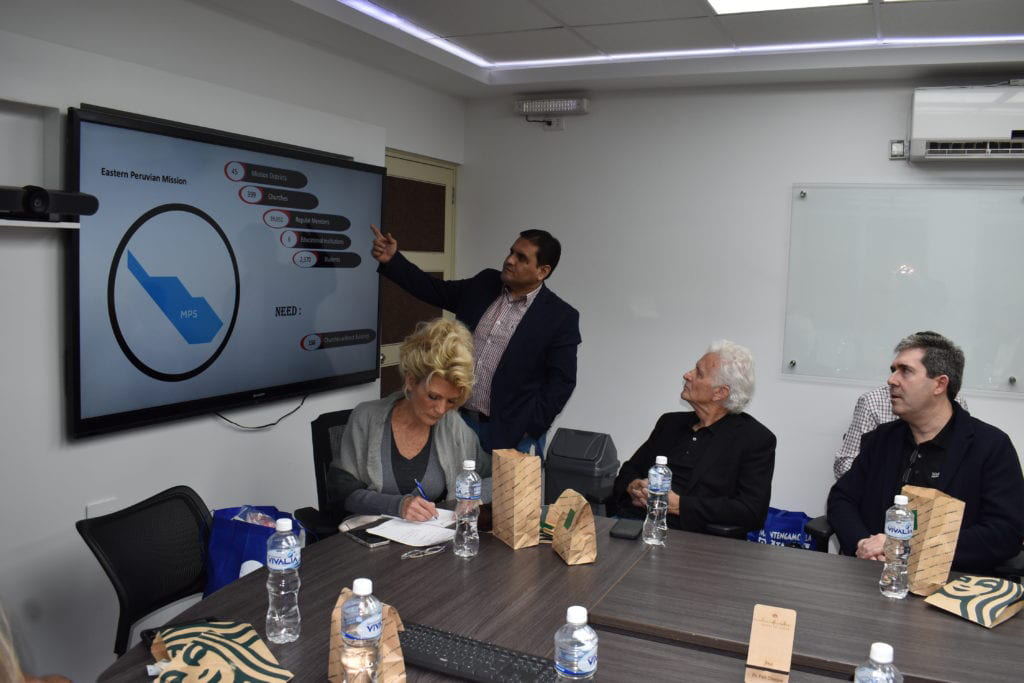 South Peru Union Mission president Enzo Chavez (standing) presents some of the realities and needs of one of the fields he leads as Maranatha leaders look on and take notes. [Photo: Marcos Paseggi]

For Maranatha, the buy-in of local church members and congregations is essential. It is usually more feasible for the ministry to support building projects where local members are committed to finishing, remodeling, or enlarging the basic structures funded by Maranatha. It’s not uncommon for Maranatha to fund the foundation, pillars, and roof of a church building while the local congregation commits to erecting the walls and purchasing the furniture. Often, local missions or conferences help cover the costs that Maranatha doesn’t.

Independent business investments and private donors fund most of Maranatha’s operational expenses, such as marketing, salaries, and other overhead.

While Maranatha supports the mission of the Adventist Church, the ministry does not receive money from the corporate church organization but only from private donors. It is not uncommon for people who are not Adventist Church members to find out about the ministry of Maranatha and decide to support various initiatives. 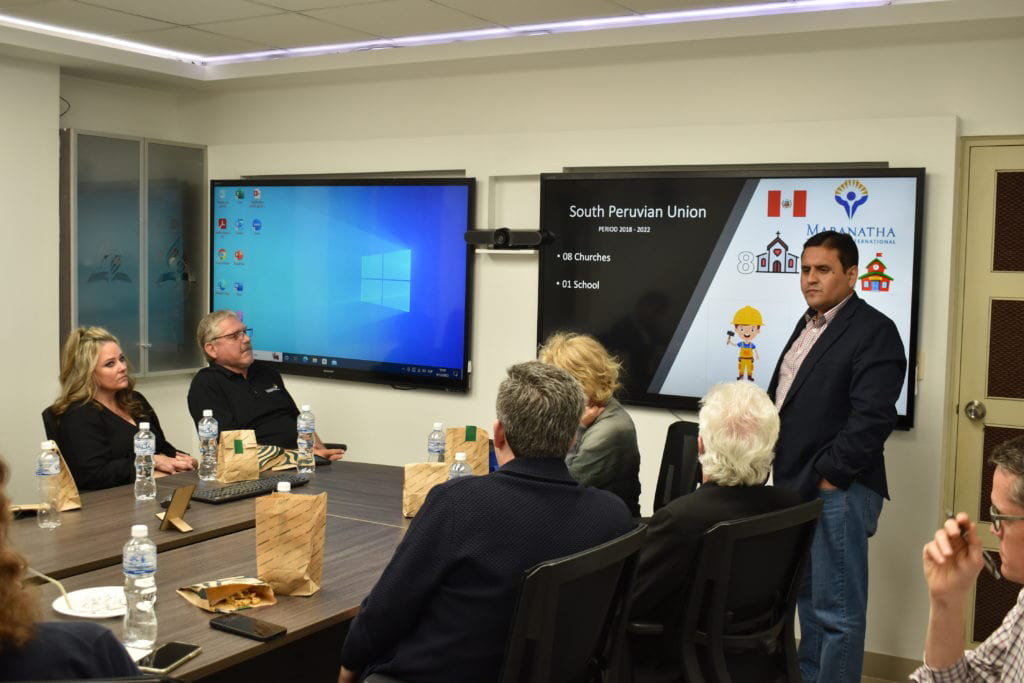 Working with Maranatha involves extensive and continuous consultation, assessment, and discussion with church leaders concerning the best ways to proceed at each location. [Photo: Marcos Paseggi]

The model to be applied in Peru in 2023 has been used before, in Peru and elsewhere. Currently, Maranatha is working in a dozen countries, including the Dominican Republic, India, Kenya, and Zambia, building churches and schools and drilling water wells.

“The model allows local members to feel the project also belongs to them,” Maranatha leaders explained. “It also helps them to look forward and consider long-term maintenance and improvement of the building long after Maranatha has left.”

On December 9 at the Lima meeting, the excitement is palpable. The ideas are many, and the prospects are promising, if challenging. After a couple of hours, someone arrives and reports that Brazil has just been beaten and is out of the 2022 World Cup. After a few gasps, the meeting goes on. There seems to be much more important business to attend to than a soccer match. Church buildings and schools are at stake, with the potential to reach many thousands for the kingdom. 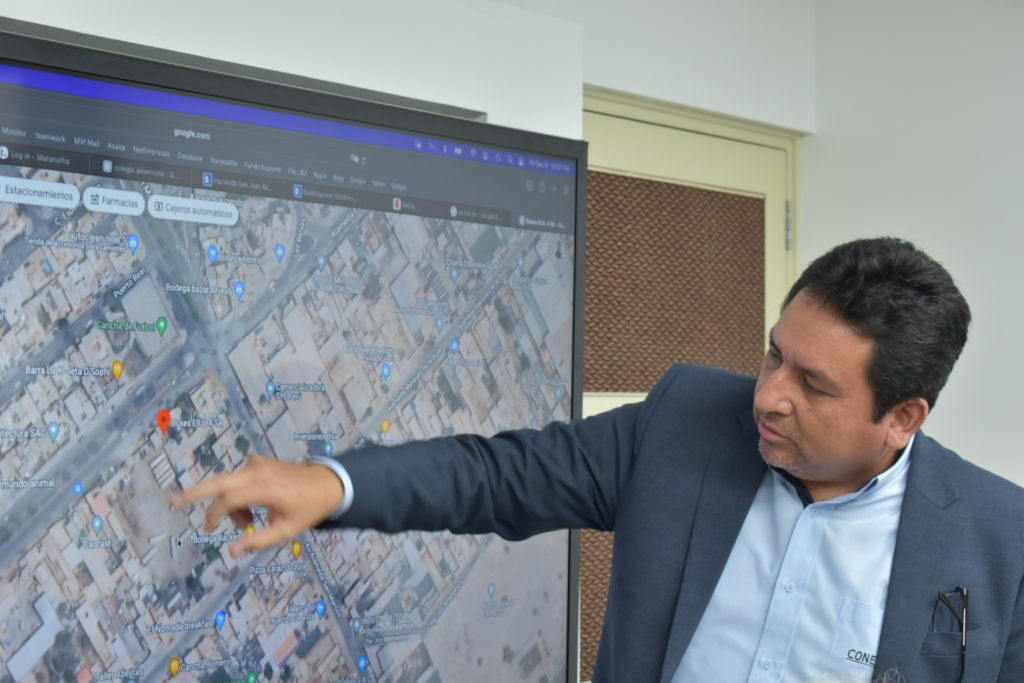 A church leader shows the plot of land in Peru where the Adventist Church plans to build a new K-12 school for hundreds of students. [Photo: Marcos Paseggi]

Maranatha has decades of experience working in close connection with the elected leaders of the Adventist Church organization. If well executed, projects end up blurring — at least in the mind of those who benefit from them — the line between church organization and a supporting ministry like Maranatha.

“It often happens that regular folk don’t understand all the intricacies between regional church structure and a supporting ministry, which is, to some extent, outside the organization,” a leader explained. “Church members or not, people don’t know or don’t consider important whether the official church or a particular ministry has built them a church or drilled a water well in the community. They say, ‘Seventh-day Adventists came all the way to our community and helped us.’ That’s what counts. It’s the name of the church that they retain. We take it as a compliment.”