Using what they’d learned, the two students helped a woman who collapsed on the plane.

When a fellow passenger had a medical emergency on their flight, international rescue and relief students Allen Stafford and Christian Thomas from Union College in Lincoln, Nebraska, United States, sprang into action.

Stafford and Thomas were flying home to Washington State for Thanksgiving break when, two hours from their destination, the emergency medical training they received as part of their degree was put to the test.
“I was reading my book, and I looked up and saw a woman collapsed in the aisle,” Stafford said. “I got up to check if she was OK. While I was checking her pulse, she came to.” 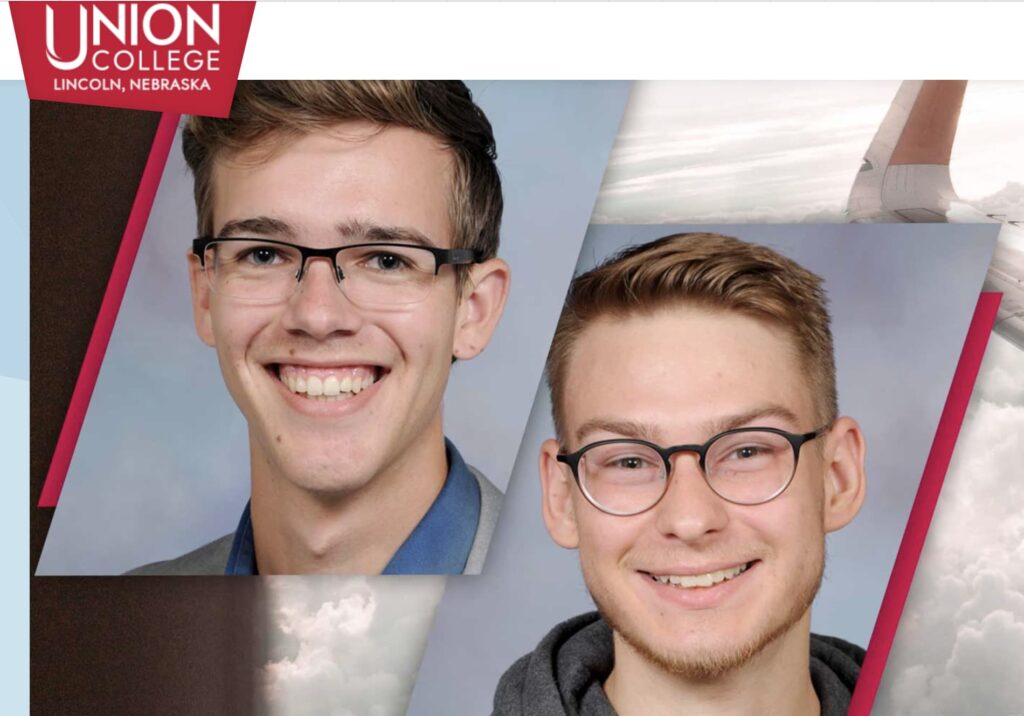 The flight attendants requested assistance from any EMTs or doctors on the flight. Thomas, along with an emergency room doctor who was also on the flight, joined Stafford at the woman’s side.

“The woman started turning blue from lack of oxygen, so we gave her oxygen, and the flight attendants had other passengers move so she could lie down,” Stafford said. “The doctor asked me to start an IV. Thankfully, I had been teaching a basic IV course to the pre-health professional society at Union the weekend before, so I was confident I could do it well.”

Stafford learned to start an IV in his Advanced Care for EMS [Emergency Medical Services] Providers class. “We had to do 10 practice sticks on a mannequin and 15 successful sticks on real people for that class to make sure we knew how to do it correctly,” he said. “In the IRR [Injury Repair Recovery] program, we train how we treat.”

“There is this certain relief that you have when you know that you’ve been trained well and you know how to deal with almost anything that is thrown at you,” Thomas said. “I feel like IRR significantly prepared me to deal with situations like this.”

Stafford and Thomas monitored the passenger until the plane began descending and they had to return to their seats. After the plane landed, the doctor handed her off to the medical personnel who met them at the gate.

“I don’t think our being on that flight was a coincidence,” Thomas said. “I believe that we are placed in positions where we can best help serve others and where we can glorify God, and I was just grateful that I could do that on that plane.”

The original version of this story was posted by Union College.