Inter-America’s online institution Herbert Fletcher University (HFU) recently signed a partnership with the Adventist Professional Institute (IPA) in Chile for a certification program that will allow some 112 Adventist teachers to take specialized theology courses throughout the South American country.

The academic cooperation took place as educators, administrators and church leaders witnessed the signing of the agreement between HFU and IPA presidents and leaders during a ceremony at Leonardo Da Vinci Hotel in Santiago, Chile, earlier in July.

The certification program is part of the church’s education strategic plan in Chile to have better trained teachers cater to the needs in the existing Adventist educational system, church leaders there said.

Signing during the ceremony was Dr. David Siguelnitzky, president of HFU. Dr Siguelnitzky said he welcomed the plan of academic collaboration when he was approached by church leaders with the request.

“This agreement helps penetrate a new market in the South American Division region, and opens the door for more students who may need the same training there,” said Siguelnitzky.

“Our role in this venture will be a contract one where we will give the courses and they [the IPA] do the rest,” he added.

Siguelnitzky said the HFU and IPA will work on developing the courses which will be accredited by IPA.

Herbert Fletcher University (HFU) is an online Seventh-day Adventist institution located in Mayaguez, Puerto Rico. It is operated by the Inter-American Division and offers online undergraduate and graduate degrees in English and Spanish. HFU is affiliated with Griggs University and Andrews University. Courses offered include master’s degrees in church administration and leadership and online instruction design, and certifications in church administration and leadership, online instructional design, educational technology, and Adventist teaching. 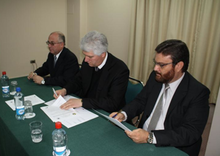 Image by Image by ANN. Courtesy of Chile Union 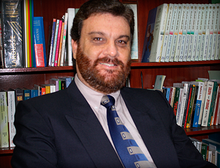 Image by Image by ANN Courtesy of HFU