A brief executive committee meeting today saw Inter-American Division (IAD) church administrators and leaders vote in a new under treasurer and associate treasurer. Abilio Cima, who is currently serving as vice president of finance at the Inter-American Theological Seminary located in Puerto Rico, will serve as IAD under treasurer. Church leaders also voted Juan Jose Moran, treasurer of the Honduras Union Mission to serve as the associate treasurer.

“This meeting today is about finishing the task of nominating persons in the office,” said Pastor Elie Henry, president of the church in the IAD, as he addressed a group of union administrators and committee members connected online. 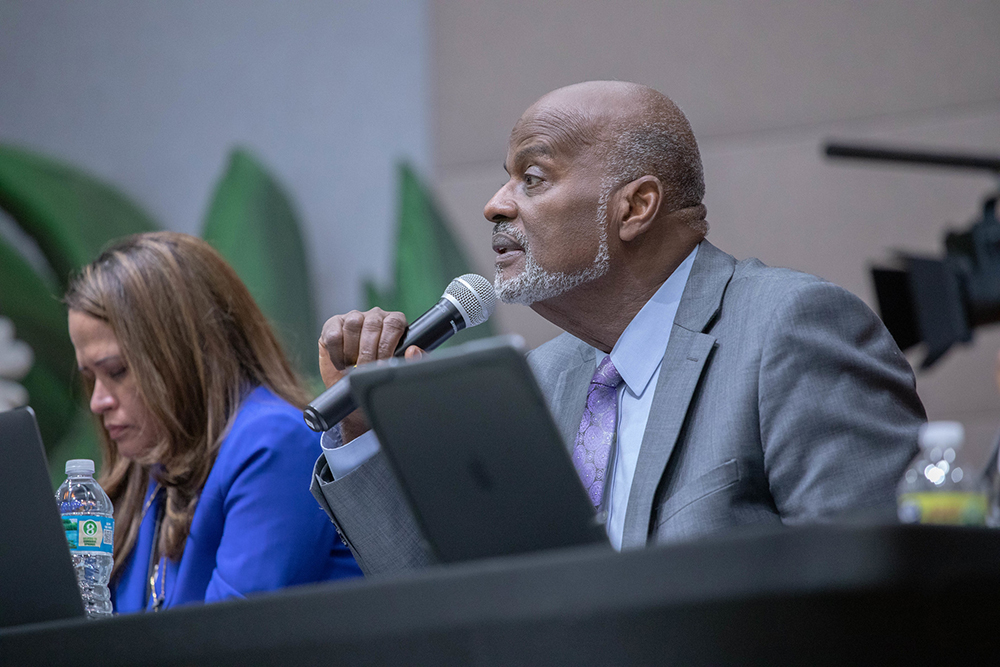 Pastor Elie Henry, president of the church in the Inter-American Division speaks to Executive Committee members on Jan. 24, 2023, before the vote for the new under treasurer and associate treasurer took place. [Photo: Keila Trejo/IAD]

The position of under treasurer is a very important one when it comes to managing finances in the division, and overseeing projects and special tasks as things surge, said Ivelisse Herrera, treasurer of the IAD. Herrera served as IAD under treasurer for nine years before she was elected as the new treasurer last month.

“Mr. Cima has vast experience in finances, working as treasurer in two unions and overseeing finances in our IATS, and I know that he will strengthen the finances in our treasury team,” said Herrera. His vast experience, his bilingual skills and good relations with union treasurers and staff will only enrich the work of the team, she added. “I fully support Abilio Cima for under treasurer.” 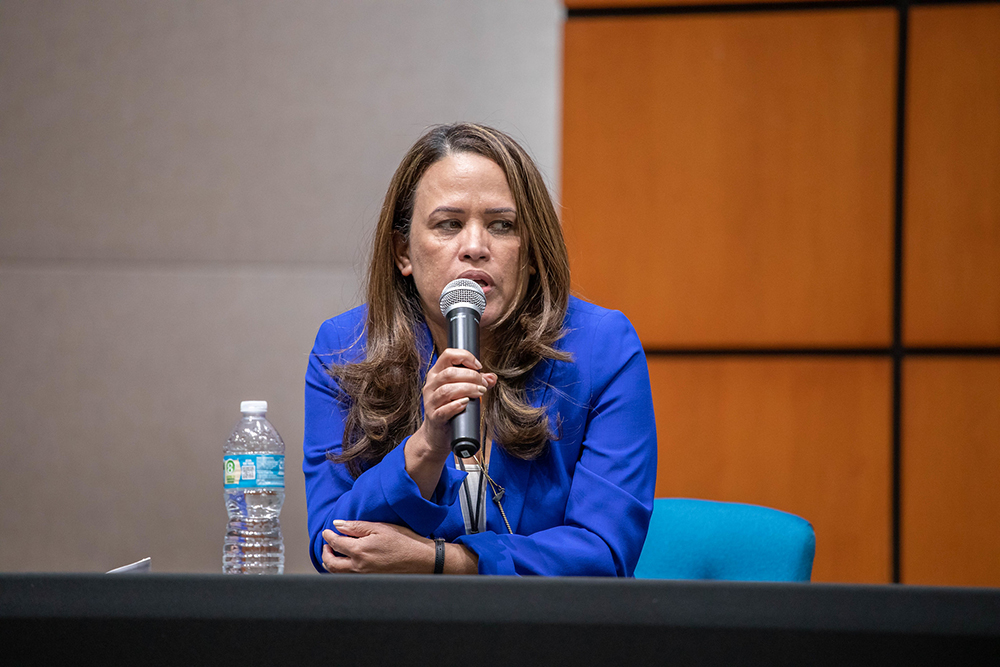 Ivelisse Herrera, treasurer of the IAD speaks to the Executive Committee about the vast experience of Abilio Cima before he was voted as under treasurer. Cima has been serving as vice president of finances for the Inter-American Adventist Theological Seminary (IATS) [Photo: Keila Trejo/IAD]

A native of Belize, Cima has more than 37 years of denominational service. He has served as mission treasurer, mission executive secretary, and conference and union treasurer. Cima has a bachelor’s degree in business administration from the Central American Adventist University, and a master’s degree in leadership from La Sierra University.

“We are happy to bring in an associate to join the team of associate treasurers with vast experience to work on specific responsibilities, carry out projects, and know the territory well,” said Herrera. “We find in Moran someone we all know to have excellent human relations and one that will fit well in facing challenges ahead in the [treasury] department.” 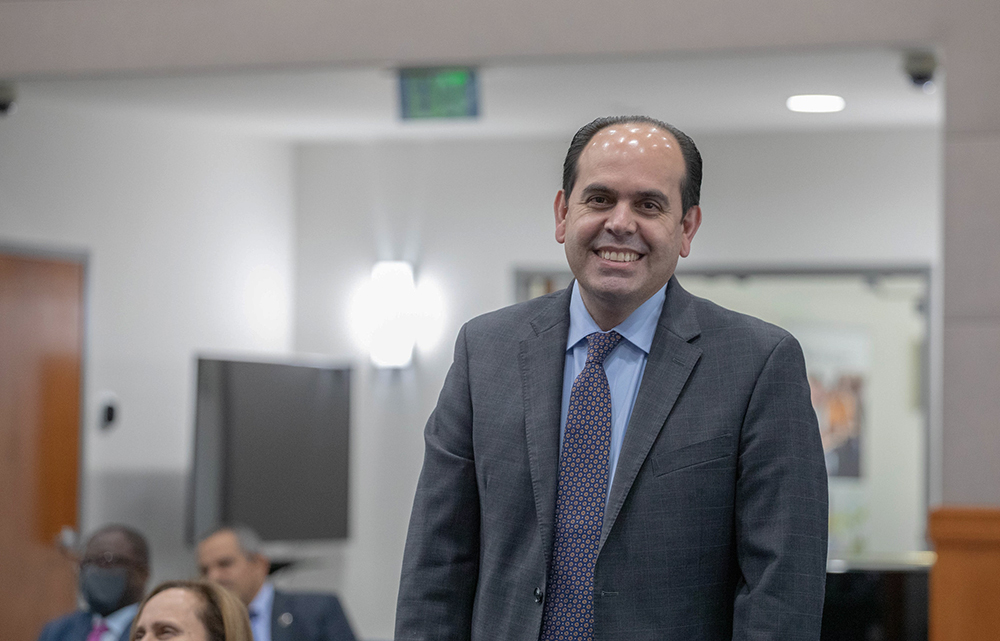 Juan Jose Morán, treasurer of the Honduras Union Mission as fellow committee members as he is presented as the new associate treasurer in the IAD Office, Miami, Floridam on Jan. 24, 2023. [Photo: Keila Trejo/IAD]

In addition, church leaders voted Luis Trundle to serve as executive secretary of the Honduras Union Mission. Trundle has been serving as ADRA Honduras director for more than 10 years. 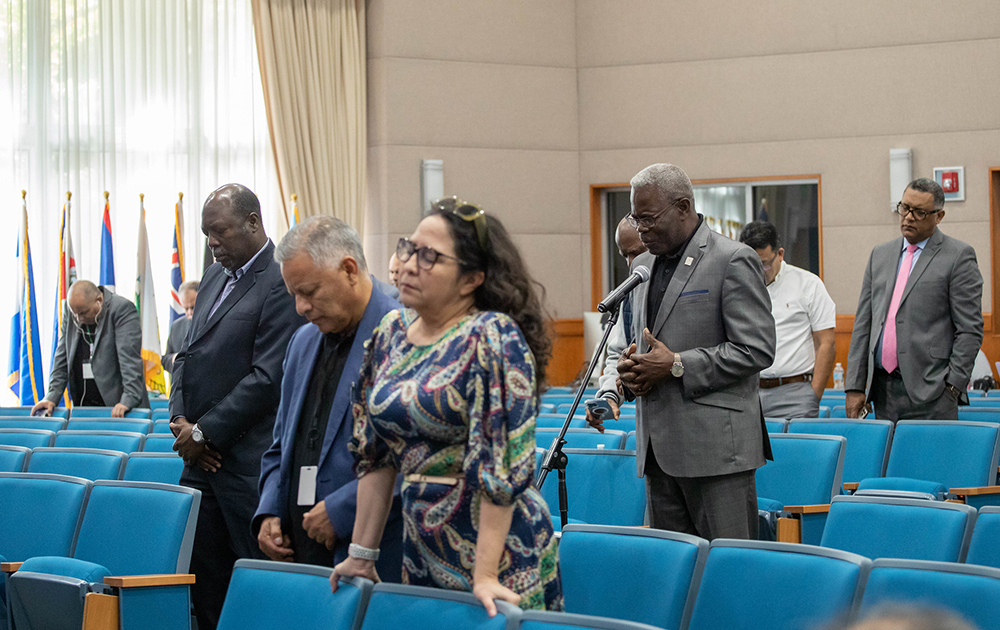 A vote of appreciation was taken for the dedication, service and ministry of Pastor Roberto Brown, who has served as executive secretary in the Honduras Union Mission for decades, and is now retiring.

Committee members took time to pray for the ministry and work of the newly voted leaders today.

To learn more about the Inter-American Division, its actions taken, initiatives and activities, visit us at interamerica.org